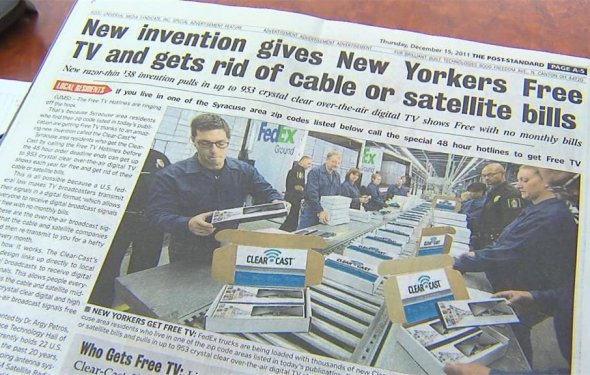 For years, I've begged and pleaded with the powers that be for major American sports to be untethered from cable television and released into the world of real internet streaming options. Then the dominoes finally, albeit extremely slowly, began to drop. Even as some leagues wasted opportunities to expand streaming, like the NHL, other leagues are slowly beginning to let the door creak open. The most recent example was the NBA negotiating their broadcast contracts such that internet streaming was expanded considerably. While the expansion was real, the overall penetration in terms of the gross number of games that would be streamed is still limited. The other notable aspect of the NBA deal was that the streaming expansion was clearly being forced upon broadcasters by the NBA as part of the negotiations, rather than broadcasters themselves embracing streaming.

Lots of people say they want to ditch cable TV for the Web, but can’t because they want to watch sports — specifically the stuff on ESPN, which has a hammerlock on much of the sports world. Now they will finally get a chance: Dish’s new Web-TV service, which the company is formally announcing today, lets you stream ESPN, over the Web, for $20 a month.

Dish’s “Sling TV”* offering, which the company says will launch “soon, ” also comes with 10 other non-ESPN channels, including the Food Network, CNN and the Travel Channel, and the ability to add more networks for additional fees.

A couple of things that you'll hear from the detractors are obvious. First, twenty bucks a month for 11 cable channels added to your ISP bill doesn't sound like the greatest deal money-wise. Add to that that this deal has been done with Dish and not a company like Comcast, AT&T, or the like and it's easy to see this move as ESPN dipping its toe in the streaming waters to see if there be sharks down there. Let me respond to both of those points: neither matters even a little bit.

This is all about trending and the trends are clearly in favor of expanded streaming by all parties that desire to stay in business. If the price point is too high for the number of channels received, it will come down to meet demand, because the demand is the driving force. If this is a Dish-only deal today, it won't be the moment ESPN recognizes the value in offering it in the future. The company will either insist other carriers offer something similar or they'll simply open up their web product directly, which I think would be the better choice for them anyway, because this is ESPN we're talking about and having them stream matters.

Getting ESPN in the streaming game means the modern concept of cable television subscriptions has had its coffin built and is awaiting the final nails. When it comes to reasons for not cutting the cord, professional sports ranks number one, and ESPN is number one in cable pro sports. Re/code is exactly on point as to how far ahead of the game this puts things.

That wasn’t supposed to happen for years, but here we are. It’s not the end of pay TV — the networks that are doing this believe they can sell this stuff on the Web without compromising their existing businesses — but it certainly could be the beginning of the end. At the very least, it’s going to be hard to roll this back. It's the opening of a floodgate and the waters are saturated with soon-to-be cord cutters. One wonders if Netflix's Reed Hastings had some idea that this was coming when he predicted the death of broadcast TV in 2030, because this sets that outcome in motion as well.
Source: www.techdirt.com
Related Posts
Categories
Latest Stories
Consumer Reports cable TV Take a close look at your cable bill. It’s a confusing onslaught of charges...
Cable TV in USA There’s nothing quite like watching TV in HD, especially when it’s FREE!...
Windstream cable TV 50, households in 13 communities throughout North Carolina will be able...
Power cable for Toshiba satellite Including 1100, 1100-S101, 1100-S1105, 1105, 1105-0, 1105-S101, 0-S153...
History Channel without cable What was once a network known for great documentary pieces about historical...