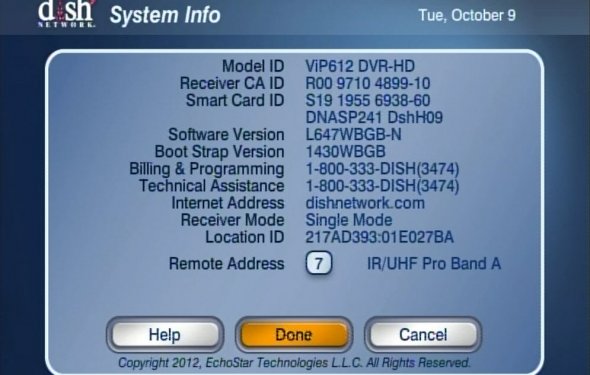 Today, DISH joined in the launch of the Stop Mega Cable Coalition to help raise awareness of the harms posed by the proposed Charter/ Time Warner Cable merger. Following is the news release on the launch with more information on why the coalition was formed, a list of organizations that have joined the coalition, and quotes by select members, including Jeff Blum of DISH. The coalition also launched a website, which can be found here.

Stop Mega Cable Coalition Launches; Warns of the Harms Charter-TWC Merger Could Pose for Consumers, Competition; Calls for FCC and DOJ to Solve These Harms

New “Mega Cable” Company, Along with Comcast, Would Create a Dangerous Duopoly Controlling an Estimated 90% of the Nation’s High-Speed Broadband Connections

Washington, D.C., January 21, 2016 – The Stop Mega Cable Coalition launched today with the goal of raising awareness about the substantial harms that Charter Communication’s proposed acquisition of Time Warner Cable and Bright House Networks could cause for the cable TV and broadband markets. Chief among those concerns is the fact that the merger would form a new “Mega Cable” company which, along with Comcast, would create a duopoly in the high-speed broadband market that could result in stifled competition from innovative streaming services, decreased opportunities for independent, diverse programmers, reduced competition across a range of related technologies, and increased costs for consumers, all while bringing even worse customer service.

Here you can see Apply for ESTA.

"Once again we are faced with a proposed cable merger that threatens the emergence of robust competition for streaming services, ” said Gene Kimmelman, President and CEO of Public Knowledge. “This merger, as proposed, would create a cable giant that, alongside Comcast, would control the overwhelming majority of high-speed broadband homes in this country, most of which have very few competitive options. This proposed transaction would create strong incentives for Charter and Comcast to coordinate their treatment of video programmers and broadband video distribution in ways that could damage competition and harm consumers."

The Stop Mega Cable Coalition brings together public interest groups, media and telecommunications businesses, trade associations, labor organizations and other concerned parties united in the belief that the FCC and DOJ must solve for the harms threatened by the merger of Charter Communications, Time Warner Cable and Bright House Networks. Coalition members include:

The Stop Mega Cable Coalition will highlight both the stunning scale of the proposed merger and the overwhelming cable and broadband duopoly that the new company would form alongside Comcast. The Coalition calls on the FCC and DOJ to solve these substantial harms.

Source: about.dish.com
Related Posts
Categories
Latest Stories
Consumer Reports cable TV Take a close look at your cable bill. It’s a confusing onslaught of charges...
Cable TV in USA There’s nothing quite like watching TV in HD, especially when it’s FREE!...
Windstream cable TV 50, households in 13 communities throughout North Carolina will be able...
Power cable for Toshiba satellite Including 1100, 1100-S101, 1100-S1105, 1105, 1105-0, 1105-S101, 0-S153...
History Channel without cable What was once a network known for great documentary pieces about historical...