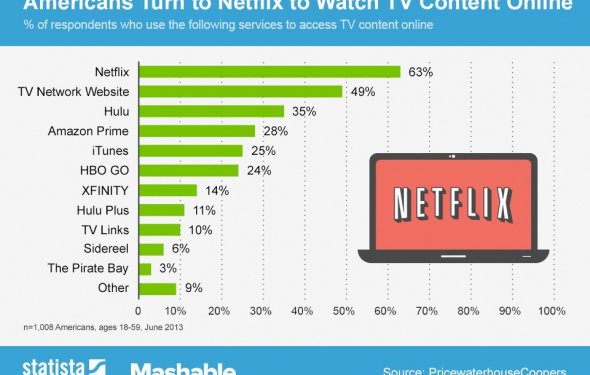 You almost have to feel bad for cable and satellite companies. They're repeatedly getting into bruising battles with content providers. They're falling prey to the very fragmentation they've helped to start. And they're facing a slew of new competition as players from Sony to Netflix infringe on their turf.

But then you get your cable bill. And you don't feel so bad for them anymore.

If you're a regular, loyal customer, who goes along to get along, and you've been with the same provider for over a year, and you opted for one of those triple-play packages, you know what I'm talking about. It was all well and good for that first year, but after the introductory period, your rates shot up. There are ways around this, of course.

You could drop your service entirely. But even if you don't want a set-top box and 800 channels of reality TV, you still want that sweet, sweet internet.

You could cut out the cable portion, maybe even the landline portion. But the actual savings aren't that great. A few years ago, when I switched from Time Warner to DirecTV, I lopped off one-third of the Triple Play package. Did that lead to a 33% reduction in my bill? Not even close.

You could do what a number of people do: Spend a half hour of your precious time every year on the phone threatening to leave your cable company until they cave and give you an extension on the introductory rate.

Or you could switch completely to another provider and get its introductory rate. For a year. And then switch again. And again.

It's a funny way to treat a loyal customer.

My good friend Shawn Adamson, a writer and instructor at Genesee Community College in western New York, is someone a cable or satellite provider would love to have. He consumes vast quantities of content. He watches films and online video and TV on the actual TV. He's not cutting any cords anytime soon.

But he's made the circuit. He's switched from cable to Dish to DirecTV and will probably go back to cable once his DirecTV prices shoot up again.

When he made the switch from Dish to DirecTV, it apparently rekindled a burning passion in Dish, which offered him a $500 gift card and a bill reduction. "I told them it was too late, and that they should have given me the deal when I was a loyal customer, " he said. "You're only interested in me when you first meet me and when I'm leaving you? That seems like every bad relationship ever. Seriously, that's what it feels like—the charming low prices to get you to date them, and then the tearful promises and bribes when you're leaving them because they've taken you for granted."

I switched from DirecTV to cable last October and I'm still getting "Baby, come back" letters from the satellite provider. (DirecTV, it wasn't really your fault. With the New Orleans Saints reverting to a form not seen since the '80s, I had no use for your NFL Sunday Ticket package.)

Source: adage.com
Related Posts
Categories
Latest Stories
Consumer Reports cable TV Take a close look at your cable bill. It’s a confusing onslaught of charges...
Cable TV in USA There’s nothing quite like watching TV in HD, especially when it’s FREE!...
Windstream cable TV 50, households in 13 communities throughout North Carolina will be able...
Power cable for Toshiba satellite Including 1100, 1100-S101, 1100-S1105, 1105, 1105-0, 1105-S101, 0-S153...
History Channel without cable What was once a network known for great documentary pieces about historical...