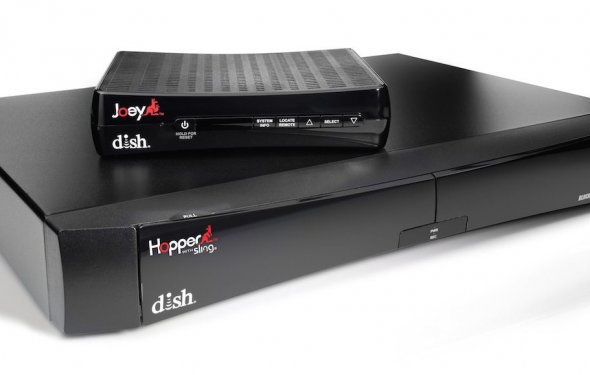 COLORADO - On March 26, 2016, I moved into an apartment that was misrepresented to me as a nonsmoking unit. I noticed a slightly stale smell during the walk-through, but attributed it to the unit being closed up for a few months. It was not evident it was smoke, and I had no reason to assume it was, due to the unit being advertised as a nonsmoking unit. The smell was nothing. It thought wouldn't go away with some airing out. However, the smell persisted, and after a mere three days of living there, my towels, clothes, and even hair were starting to smell of it.

Upon my mentioning the smell to the maintenance man when he came to hook up the washer and dryer, he admitted that the previous tenant had indeed been smoking in the apartment. I cannot tolerate cigarette smoke, so I contacted the landlord and made arrangements to leave the property. I promptly cancelled all utilities, none of whom gave me any trouble whatsoever except for Dish Network, and moved out of the property on April 10, 2016.

I was recommended Dish Network as a cable provider when I started electric service with West Penn Power and they transferred me to First Energy. The woman I spoke to who scheduled me for installation never mentioned a contract, length of service agreement, or any kind of termination fee. She only mentioned the low price per month of roughly $32.

March 26, 2016 was also the day a representative from Dish Network came to the unit to install the satellite dish and hook everything up. Again, he never mentioned a contract, length of service agreement, or early termination fee. Once he was finished, he explained to me how to work everything and had me sign a few lines on an iPad, much like someone signs for a package. He scrolled through the iPad for me, simply showing me where to sign. He said I was signing acknowledging that he HOOKED UP MY SERVICE and EXPLAINED TO ME HOW TO WORK IT.

It was not explained or made obvious at all that this was a contract, which I fully believe was intentional. As he was holding the iPad and doing the scrolling, I had no reason to take it from him and do it myself – or assume that very conveniently and deceptively hidden in the corner of the screen was an outrageous early termination fee. As stated above, he scrolled through, only stopping where I needed to sign, and stated that I was signing acknowledging he hooked up my service and explained how to work the remote/TV.

I cancelled service with Dish Network on April 8, 2016, and got nowhere when speaking to a representative. After asking for a supervisor, whose name might have been Julie but I can't be certain, I got the same robotic, rehearsed monologue. Customer service was frustrating, to say the least. No one had any understanding or sympathy, or even deviated from their monotone script.

I explained my situation tirelessly, just as it is explained above, enforcing that I hadn't even used the service during my short stay at this apartment, and that my lease was only to be for a year, so there's no way I would have signed up for a two-year agreement. Nobody listened and they proceeded to charge my account the full amount. After this phone call, I did some research and stumbled upon the horrific reviews of this company. I am utterly shocked they are still in business.

On May 11, 2016, I called Visa/Bank of America to dispute this charge on my card, and I believe I spoke to a girl named Sarah from Maryland or Virginia. After explaining the story above, she removed the charge and I received a letter in the mail notifying me of the credit to my account. Then I found out Dish Network is disputing my complaint and trying to make me pay, and Visa has basically washed their hands of it. (So guess who will be changing card providers? Hello, MasterCard.)

My main dispute is the outrageous early termination fee. My main complaint is that I should not have to pay for a service I AM NOT GETTING AND WILL NEVER GET. I did not buy something and then refuse to pay for it. I am expected to pay for two years of a service I am not getting, through no fault of my own. I did not just decide I didn't want Dish Network or didn't like my new apartment. I was deceived about the apartment's condition and had to move out.

This was an unfortunate situation all the way around, and a financial burden for me already, with the cost of moving twice in two weeks, money that I paid in rent, etc. Dish Network has shown no human compassion, understanding, or appeasement to try to keep me as a future customer. All they have done is give me a massive headache and more problems to deal with.

Everyone avoid these liars, scammers, crooks, and thieves like the plague. If I wanted to waste $534.37 I'd just light it on fire. They deliberately deceive good people who work 2 jobs and 50+ hours a week (me) for their hard earned money. Everyone, warn everyone you know. If enough people hear and heed the warning, maybe these con artists will finally be out of business and actually working for a living like the rest of us.