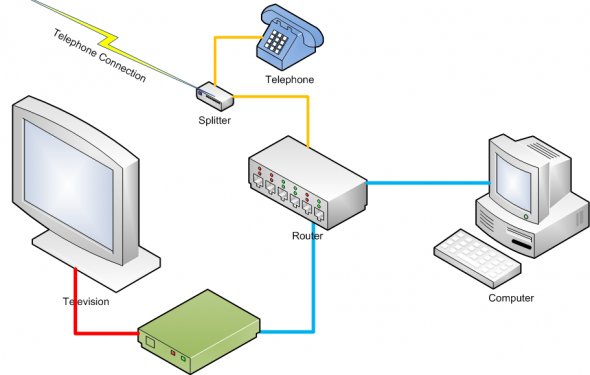 Cable TV Hong Kong, also known as CTVHK and Hong Kong Cable, is a television network in Hong Kong owned and operated by i-CABLE Communications Limited. Prior to 31 October 1998, it was known as Wharf Cable Television. It is the 1st analogue cable television broadcaster of Hong Kong's 2nd subscription-based pay television service (The 1st one is RTV) it was incorporated on 1 January 1992 and officially inaugurated on 31 October 1993 and was operated by ATV and TVB, offering a broad range of information and entertainment to its viewers through over 100 pay television channels, of which 54 are produced by HKCTV.

i-Cable Communications Ltd provide broadband internet as one of their services.

Cable TV Hong Kong was originally known as Wharf Cable Television (WCTV, Chinese: 九倉有線電視) was incorporated on Wednesday, 1 January 1992 with a consortium of ATV and TVB.

Cable-based transmissions was launched grand opened until officially inaugurated by the 28th Governor of Hong Kong's Christopher Francis Patten and broadcasts from Kowloon Peninsula until the broadcast area was only limited to Pearl River Delta area on 31 October 1993 through a microwave-based broadcast system to be followed by the first subscriptions in with an initial bouquet of 2 international cable television channels, 6 international cable television channels in television programmes such: drama, entertainment, the world's first 24-hour daily of the Cantonese news channel, movie premiere, music video and children while of 4 national terrestrial television channels in 2 officially language a subsidiary of 2 national terrestrial television stations.

Having the largest number of subscribers among other subscription television companies in Hong Kong, HKCTV has now become one of the top five media groups in Hong Kong. In particular, HKCTV has a firm establishment in news, movies and sports television programming. As announced in the Financial Summary of i-CABLE Communications Limited of 2004, its sales revenue reaches HK$2, 372 million with a profit of HK$296 million.

Hong Kong Cable Television Limited is owned as a subsidiary group of The Wharf (Holdings) Limited, which holds 73.3% of HKCTV's shares. The rest of its ownership lies with public shareholders. It became a public listed company in the Hong Kong Stock Exchange since 1999.

Specifically, HKCTV is operated by i-CABLE Communications Limited (I-Cable), one of the non-media conglomerates in Hong Kong. The conglomerate manages the first pay-TV service as well as a well-established broadband Internet access service provider with its Internet Protocol network. I-Cable is now the only integrated communications company in Hong Kong. It owns and runs the second largest two-way broadband network which produces its own media programmes, together with online news and other Internet services.

HKCTV originally targeted the middle-class subscribers who would be willing to pay for a diversified choice of local and international programmes. Afterwards, it adopted a price discrimination marketing scheme charging residents of public estates with lower prices when compared to the private housing residents. Along with lowered prices, subscribers from the working class can also enjoy benefited services that come along with the combo offered, such as cheaper phone line services from Wharf Holdings Limited and broadband internet access services from I-Cable. Occasionally, HKCTV would use "give-away" marketing strategies to attract more subscribers such as its 12th Anniversary combo; subscribers would be gifted with a DVD recorder upon subscription to their combos. These business strategies have successfully increased HKCTV's sales to over 540, 000 current subscribers as well as free news (Newsline Express) on Hong Kong's KCRC Railway.

MMDS is a programming broadcast through specific transmitters throughout Hong Kong. Broadcast signals are released from the transmitters to various "dishes" which are located on the rooftops of buildings, and are further transmitted to customers' televisions through the in-built coaxial cable.

The hybrid fibre-coaxial network consists of a fibre optic backbone which forms the base of the whole broadcast centre. It develops into smaller "branches" and penetrates into different areas in Hong Kong along the MTR tunnels, ending in customers' homes through the coaxial cable that the MMDS uses. This network enables high capacity which allows HKCTV to house over 31 channels as well as other telecommunication services.