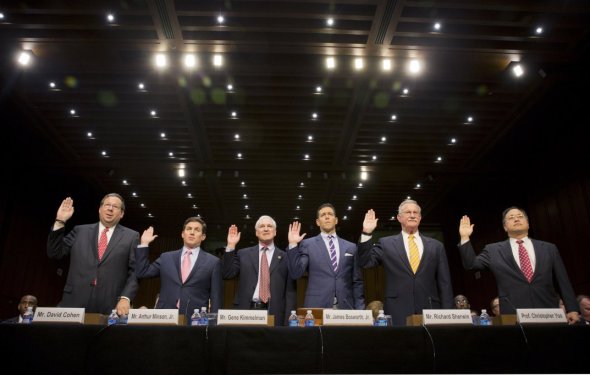 Take a close look at your cable bill. It’s a confusing onslaught of charges, taxes, and add-on fees. With all of the fine print and opaque pricing, it’s hard not to feel like you’re getting ripped off. In the previous six years that the Consumer Reports National Research Center has conducted customer satisfaction surveys on in-home telecommunication services, providers have consistently rated below average among services we cover.

Cable TV service didn’t start off that way. The industry began in the late 1940s as “community antenna television, ” or CATV—a way to capture over-the-air TV broadcasts where reception was good and distribute the signal to homes where reception was poor. Since then cable has evolved from a small, localized service into a gigantic industry offering not only hundreds of TV channels but also a telecommunications “triple play” of TV, telephone, and broadband Internet services.

Over the years, satellite providers and traditional telephone companies have gotten in on the game, but prices have continued to rise faster than the rate of inflation, despite the competition. According to a recent report by the Mintel Group, the average monthly cost of home communications services is $154. In the course of a year, that works out to $1, 848—more than the average household spends on clothing, furniture, or electricity. (See how the, and try these three ways to create your own Internet bundle for less.)

That’s a lot of money for services that consumers don’t seem too happy with. Our latest survey of 81, 848 customers of home telecommunications services found almost universally low ratings for value across services—especially for TV and Internet. Those who bundled the three services together for a discount still seemed unimpressed with what they were getting for their money. Even WOW and Verizon FiOS, which got high marks for service satisfaction, rated middling or lower for value, and out of 14 providers, nine got the lowest possible value rating.

What is it about home telecommunications that leaves such a sour taste in customers’ mouths? When we asked Consumer Reports’ Facebook followers to tell us their telecom stories, the few happy anecdotes of attentive service technicians and reliable service were overwhelmed by a tidal wave of consumer woe involving high prices, complicated equipment, and terrible service.

“Customer service was so bad it made me really angry, ” one poster said. “Slowest high-speed Internet on earth, ” another said. “Cable television is a big waste of time and money, ” another commented. “One of the best things my wife and I have done to enrich our marriage was to cancel cable.”