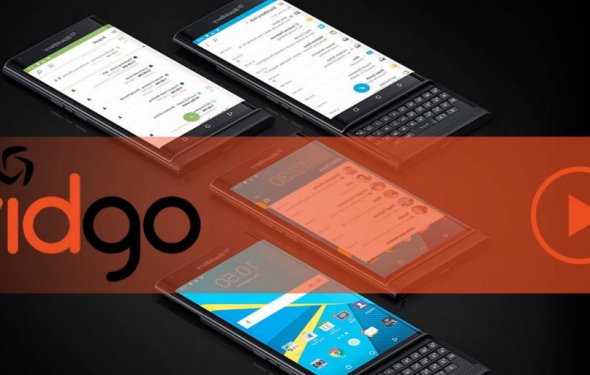 Ever wished you could build your own TV package with only the channels you actually watch?

Too bad. In 2016, the TV industry is not yet sufficiently rattled by the rise of streaming video to produce the a la carte video plans people really desire. For now, we’re getting a proliferation of so-called “skinny bundles, ” smaller TV plans that occupy a middle ground between choosing the exact channels you want and paying for hundreds of channels you don’t.

Some cable and telco operators, such as Verizon, now offer these skinny bundles directly to their TV subscribers. But if that’s not an option where you live—or you’d rather not deal with the hidden fees and contract shenanigans of traditional TV service—you can opt for a streaming-video bundle instead. Right now, those options come down to Dish Network’s Sling TV and Sony’s PlayStation Vue.

Sling TV and PlayStation Vue: At a glance

Sling TV launched about a year ago. It costs $20 per month, though the exact number of channels depends on which package you get. The “single-stream” plan, which lets you watch on one device at a time, has 24 channels, including ESPN, CNN, TNT, and AMC. Sling also sells $5-per-month add-on channel packs revolving around themes such as Kids, Sports, World News, and Lifestyle, plus with a trio of Spanish-language add-ons. Add-ons for HBO and Cinemax are available for $15 per month and $10 per month, respectively.

As of this month, Sling offers a separate “multi-stream” bundle, also for $20 per month, that lets you watch on up to three devices at the same time. It has more channels—27 in total—including Fox, FX, and regional Fox Sports networks. This plan, however, doesn’t include ESPN or Disney channels, and it doesn’t allow add-ons for Kids and Sports.

PlayStation Vue is similarly complicated. In most U.S. markets, plans start at $30 per month for 57 channels. But in a handful of cities—Chicago, Dallas, Los Angeles, Miami, New York City, Philadelphia, and San Francisco Bay Area—the minimum price jumps to $40 per month. In those cities, Sony offers live local feeds from ABC, NBC, and Fox. All other markets are limited to on-demand programming from those three networks, which means no local news or live network-sporting events. There’s no option to pay more for those live feeds, either (although you might be able to get them free with an antenna).

In any case, Vue subscribers can tack on roughly nine more channels—including regional sports networks such as Fox Sports—for another $5 per month, or add 40 channels for $15 per month. Showtime is also available as an $11 per month add-on (an option you can’t get on Sling TV).

This is bundle economics 101, where the more you pay, the more “value” you get: Sling TV is cheaper and more flexible overall, but PlayStation Vue offers more channels for your money, including some you can’t get with Sling. (For a full comparison of Sling TV and PlayStation Vue channels, head to the bottom of this story.)

To watch Sling TV or PlayStation Vue, you need a streaming device that runs their respective apps. Sling TV is far ahead on this count, with apps for Android TV, Chromecast, Amazon Fire TV (and Fire TV Stick), Roku, Xbox One, iOS, Android, PC, Mac, and Channel Master DVR.

PlayStation Vue’s app support is, again, more complicated. Without a PlayStation 3 or PlayStation 4, you can only activate a subscription through an Amazon Fire TV or Fire TV Stick. Existing subscribers can also watch on iOS devices, which can then use Google Cast to stream on Chromecast and Android TV devices.

This table shows all the options for each service (click to enlarge).

So what’s it like to use Sling TV and PlayStation Vue? Both services try to combine the live-TV aspects of a cable bundle with the kind of on-demand viewing people expect from streaming video. It’s an unenviable job, but overall PlayStation Vue handles it better.

With either service, you get live feeds from most channels, just like you’d get from cable. Both also offer a smattering of on-demand video from certain channels, and both offer “catch-up” or “replay” programming that lets you watch shows that recently aired on some channels.